I have a dream that my four little children will one day live in a nation where they will not be judged by the color of their skin, but by the content of their character.

Discriminatory polices and equality are often the subject of documentary films. Choose or find a documentary film, watch it, and share your notes, reflections, opinions etc. as part of your interview process.

In unit 4 many of you created podcasts of your own; now is your opportunity to check out some professionally produced social-justice themed podcasts. Please consider taking notes, journaling your thoughts or providing some tangible physical inclusion for your portfolio. For more podcasts, visit this list (where I found these podcasts and descriptions).

In response to this the Sanctuary movement developed into over 500 churches and congrations in the United States which, by declaring themselves official “sanctuaries,” openly defied the government and committed to providing shelter, protection, material goods and often legal advice to Central American refugees. Part 1 of this podcast from 99% Invisible looks at the origins and faith-based rationale of the movement, and part details the surveillance and crack down of the US government.”

“In 1973, the American Psychiatric Association (APA) declared that homosexuality was not a disease simply by changing the 81 word definition of sexual deviance in its own reference manual. The presenter’s grandfather was part of a clandestine progressive wing within the APA that consciously organised in order to hijack the larger, more conservative organisation and force through the change. What’s fascinating in this story from This American Life is the interplay of the ‘change from within’ actors coming up against very visible and confrontational ‘change from without’ activists from the emerging gay rights movement who hijacked the stage during the APA conference.”

Listen to it here
The foot soldier of Birmingham, Alabama.

“Birmingham, 1963. The image of a police dog viciously attacking a young black protester shocks the nation. The picture, taken in the midst of one of Martin Luther King Jr.’s most famous marches, might be the most iconic photograph of the civil rights movement. But few have ever bothered to ask the people in the famous photograph what they think happened that day. It’s more complicated than it looks. This episode of Malcolm Gladwell’s Revisionist History talks about the complexities of engaging in and remembering activism and efforts for social change.”

Listen to it here

Create a visual aid which will help you discuss a specific instance of discrimination or discriminatory policies in Canadian or world history. 11″ by 17″ or larger. Think of this as a mini-version of the inquiry posters we completed in unit 4. Consider creating a digital rather than physical poster.

“Immigration reform has become a hot-button political issue, with some of the most xenophobic politicians vowing to keep people out of America since ‘they are stealing our jobs.’ Not to be outdone by the racism-laced messaging on part of public representatives, Courtney Vitale wants to set the record straight through her typographic creations. The Philadelphia-based designer wants to put an end to prejudice against other cultures in her own way, culminating in a project ‘End Discrimination.’” 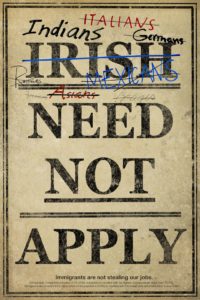 We saw in unit 5 how artists contributed to and responded to issues of national identity; of course artists also tackle other contemporary issues. Write and optionally perform slam poetry on the topic of discrimination. The poem can be tied to a specific type of discrimination or can be more general. Watch Shane Koyczan’s “To This Day Project” for inspiration!

To This Day Project - Shane Koyczan

Address a perceived injustice by outlining your ideals in the form of a charter, manifesto or call to action.

Canadian Charter of Rights and Freedoms 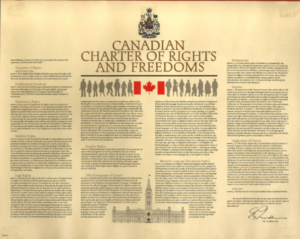 Declaration of the Rights of Man and of the Citizen 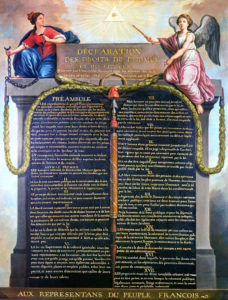 Truth and Reconciliation Committee of Canada's Calls to Action

Research and form a thesis on a chosen topic on the theme of discrimination. Write an essay with a clear introduction, body and conclusion. 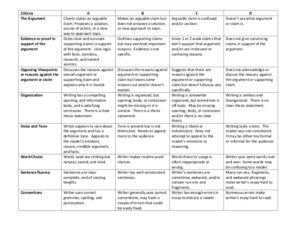 Present a well-developed argument (visually, essay or paragraph form, PowerPoint) as to why or why not Apu from the Simpsons is problematic in terms of racial discrimination. 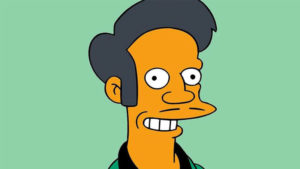 Is Apu a Problem?
Apu was a tool for kids to go after you

Take notes, or reflect upon an journal or magazine article or text chapter which deals with a specific case of discrimination, or discrimination more generally.

Share your thoughts on discrimination informally. Consider these prompts:

Why learn about tenses anyway?

Disparities in power alter the balance of relationships between individuals and between societies.